When a record label releases a music compilation it is often disregarded as a throwaway, a cheap attempt at showcasing an artist’s hits or a record label’s catalog. However, in rare cases a compilation can exceed expectations. Sky girl does just that. Compiled by French DJs and music collectors Julien Dechery and DJ Sundae, Sky Girl is a mix of songs that evoke sadness, longing, inner reflection and mystery – most songs leaving you feeling like they were perhaps personal sketches, never intending to be shared. Which makes them all the more compelling.

At first listen, I couldn’t help but be reminded of the 4AD record label seminal dream pop band This Mortal Coil, who covered folk and psychedelic songs with interspersed instrumentals on their records. Sky Girl sounds like it could be the original versions of one of their albums.

The music on this compilation ranges from Christian folk, garage rock ballads to eastern-like ethereal soundscape originally released or recorded between 1961-1991. Due to the low-fi quality of most of these songs, people may consider them to be Outsider Music or novelty to the mainstream. But I see Sky Girl as a well-curated compilation or a soundtrack to a forgotten dream.

Sky girl was originally released as part of a running series of compilations by the renowned Colette boutique in Paris. Now it has found a new home and wider release on the Australian label Efficient Space. It is accompanied by a short video produced by Glen Goetze & Brendan Macleod that includes random vignettes with music from the compilation and audio clips by the artists themselves discussing the music. It adds more mystique to these artists, leaving you wanting more. 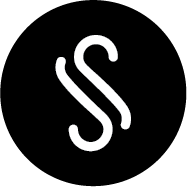